YotaPhone, the smartphone which is popular for its dual-display feature, is all set to get the third iteration later this year. Reports out from Russia have claimed that the third smartphone from Yota Devices, dubbed Yota 3, will launch later this year, and will start at $350 (roughly Rs. 22,500) for 64GB model and $450 (roughly Rs. 29,000) for the variant with 128GB storage.

Engadget reports that the third phone is being manufactured by Baoli Yota, which is joint venture of investor Baoli (formerly known as Rex) and manufacturer Coolpad. The publication has also received details about the specifications that hint that the Yota 3 will feature the popular mid-range SoC, Snapdragon 625. Other specifications of the Yota 3 could include 5.5-inch full-HD AMOLED display at the front, and a 5.2-inch HD E-ink touchscreen at the back. There will be a fingerprint scanner at the front, and Yota 3 is said to run on Android Nougat. Other rumoured specifications of the Yota 3 include dual-SIM support, 4GB RAM, 12-megapixel rear camera with dual LED flash, 13-megapixel front camera, 3200mAh battery, and a USB Type-C port. The leak also hints that the Yota 3 will miss out the 3.5mm audio jack as well, and the USB Type-C will handle the audio output. 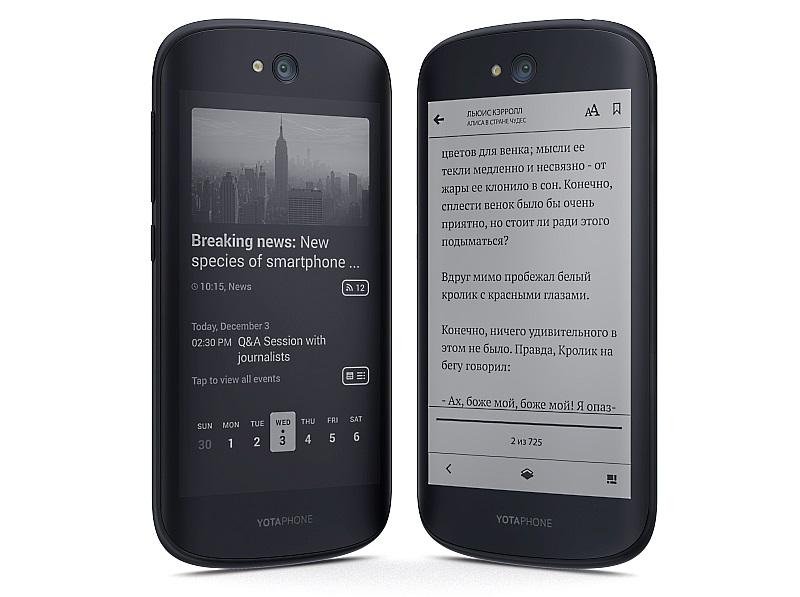 A Russian report adds that the Yota 3 will start shipping in China from September.