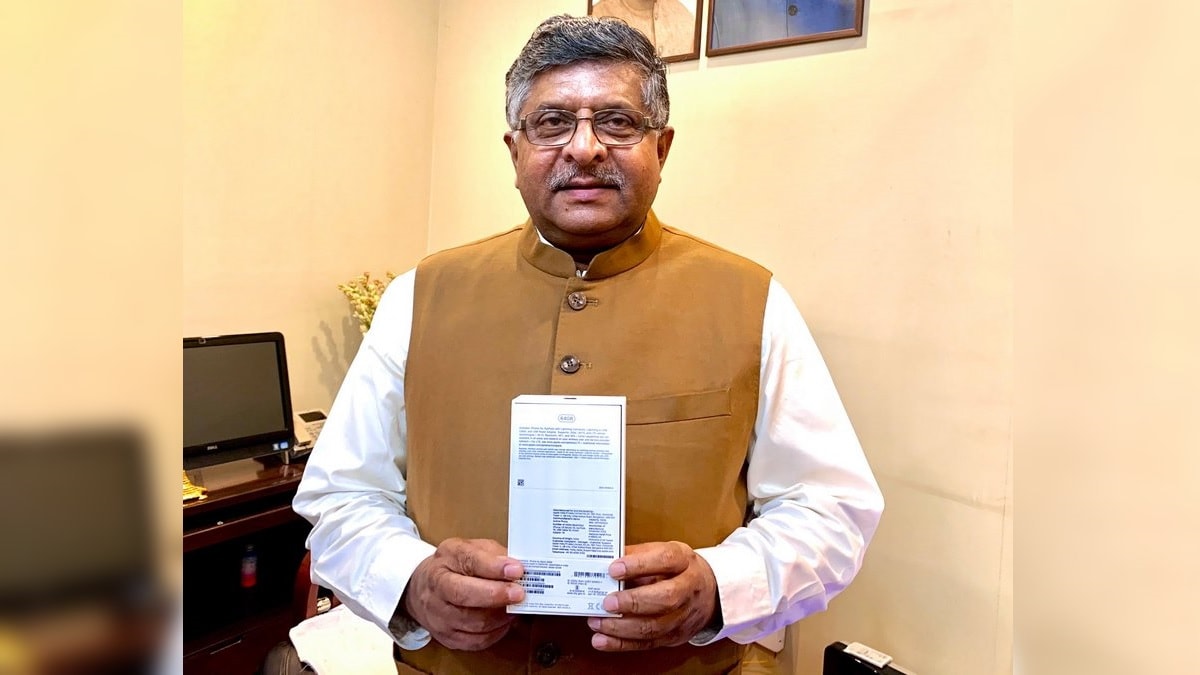 IT and Telecom Minister Ravi Shankar Prasad on Monday went on Twitter with iPhone XR that was “assembled in India” in his hand.

“As promised, delighted to receive an iPhone XR, which reads “Designed by Apple in California and Assembled in India”. I expect further expansion of manufacturing in India by #Apple,” Prasad tweeted.

For Apple CEO Tim Cook, India has been a very important market in the long-term and next on his list are retail stores and local manufacturing of high-end smartphones.

Globally launched last year, iPhone XR is being manufactured at Apple supplier Foxconn’s facility in Sriperumbudur, Chennai and iPhone 7 and 6S being assembled at supplier Wistron’s facility in Bengaluru.

Earlier, Prasad said Apple, which has started producing iPhones for domestic and exports markets, would expand its operations in India by producing various iPhone models, including iPhone XR